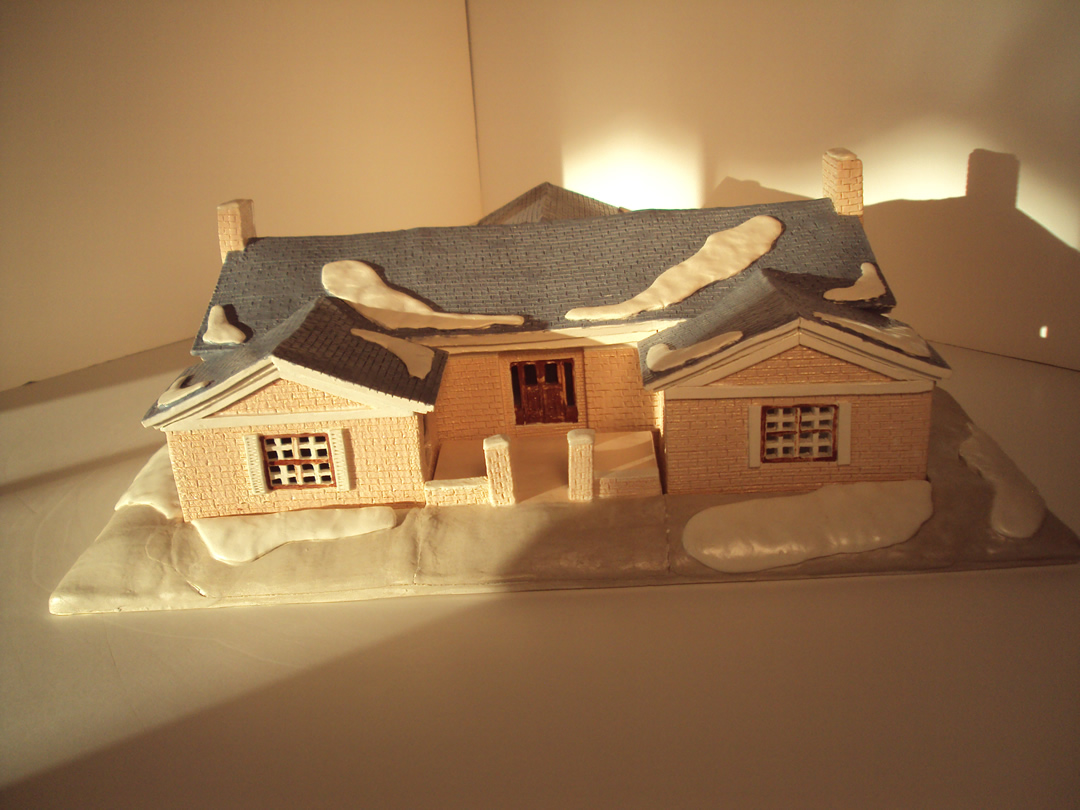 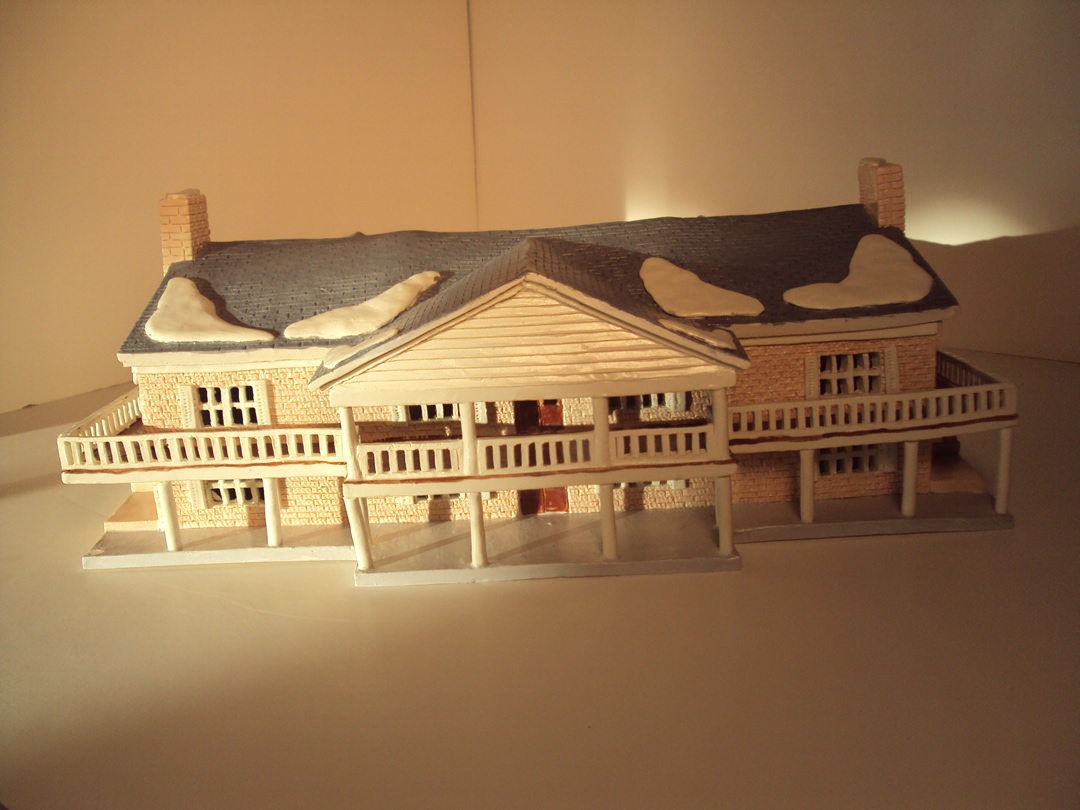 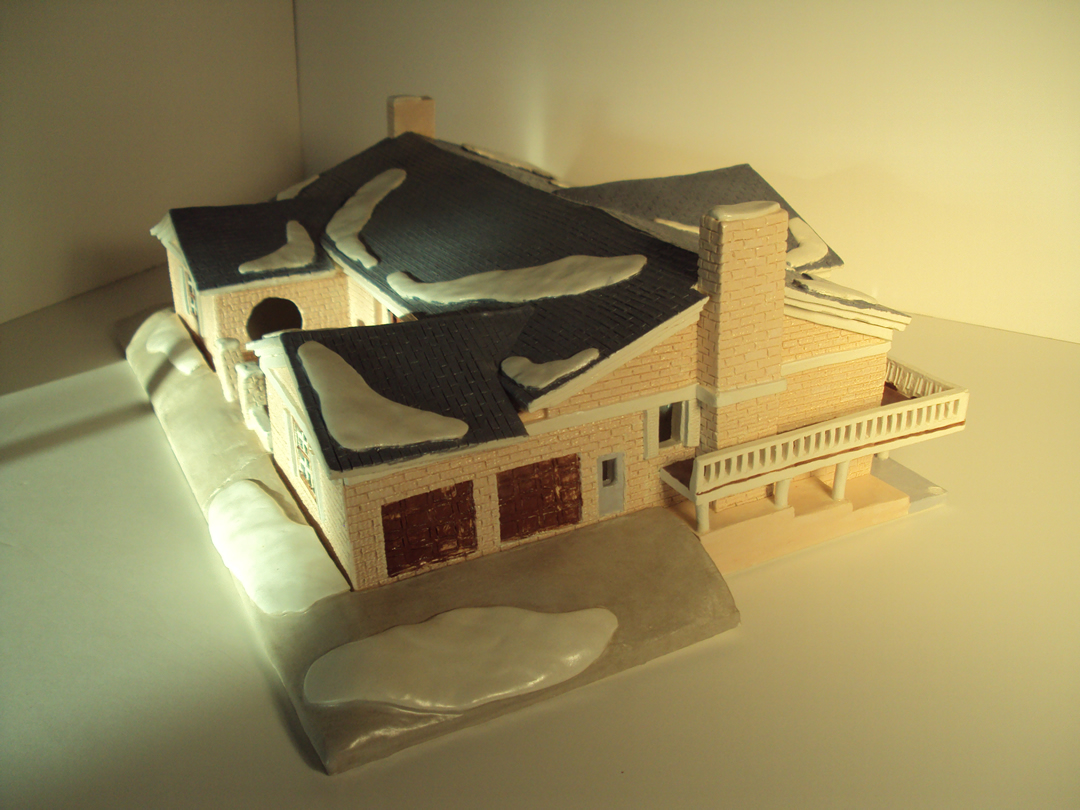 This home came about when I donated my services to a charity auction. My Uncle Howard bought the service. So I sculpted his and his wife , Aunt Sarah’s home. I always admired my late Uncle,  he was a genius at business as well as other things. He had a great future vision of where he wanted all his businesses to eventually be located. When he was interviewed by a reporter he was asked “Do you owe your success to being a Christian” He replied back, “No my Christian beliefs have nothing to do with my success. But my Christian beliefs have everything to do with what I do with my success.” I had long since believed in that philosophy, but when I read what he said, it just confirmed my thinking. I still believe that God and making money have nothing to do with each other. God has bigger things to take care of, like, how to feed the hungry.